Chetco River Steelhead Fishing is as good as it gets, there is more spawning habitat per mile on the Chetco River than any other river on the west coast. The hatchery broodstock program on this amazing river provides anglers a great opportunity to eat an ocean fresh steelhead. 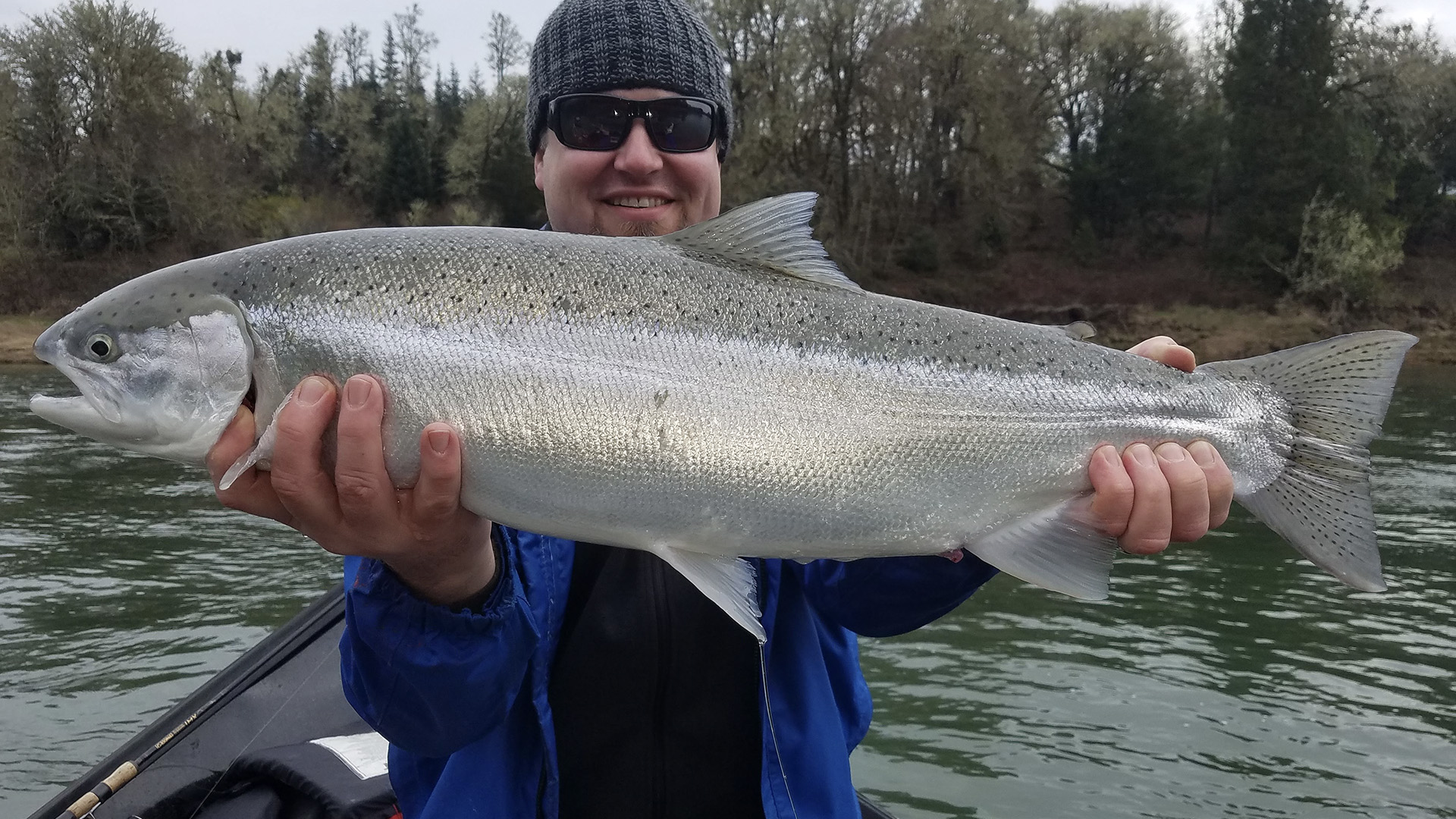 Chetco River Fishing is perhaps the best fall chinook and winter steelhead fishing in Oregon. One of Oregon’s longest undammed rivers, the Chetco flows through rugged mountain canyons with towering fir and redwood trees. The Chetco River is one of Oregon’s top producing rivers in terms of trophy salmon and steelhead. Each year a number of salmon in the 50-pound range are caught, as well as several steelhead over 20 pounds. The Steelhead here are both natives and hatchery fish. They’re strong and beautiful, averaging 6 to 12 pounds, with opportunities in the 20 pound range. Chetco River steelhead fishing generally runs through the winter, starting in December and going well through March. The Chetco River has a great wild steelhead population and is one of the only rivers you can retain a wild fish. Ironhead Guide Service will put you front and center in some of the best salmon and steelhead fishing you can find.

Like many of the coastal rivers the Chetco is fast to clear up after a heavy rain. ODFW has maintained a wild brood stock collection program on the Chetco River for more than 25 years, releasing up to 50,000 steelhead smolt annually. The majority of the returning hatchery steelhead stay within the lower 8 miles of the river, providing for good Chetco River fishing opportunities December through March.

Professional guide Mario Gomez fishes these waters during the fall salmon and winter steelhead seasons. He has spent the past few years scouting, and fishing the Chetco for salmon, and steelhead and recently obtained a Upper Chetco special use permit and is now offering guided fishing trips on the Chetco River. 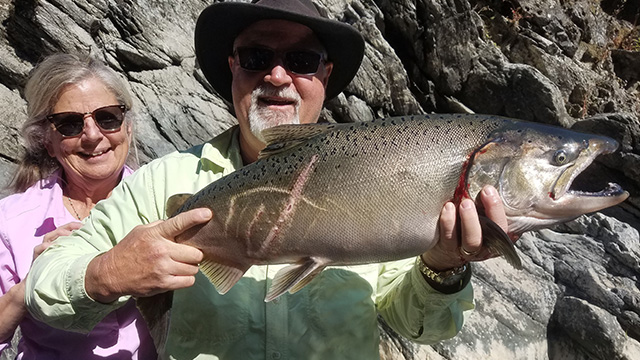 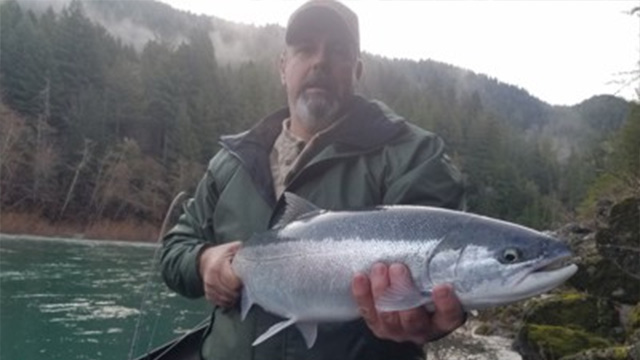 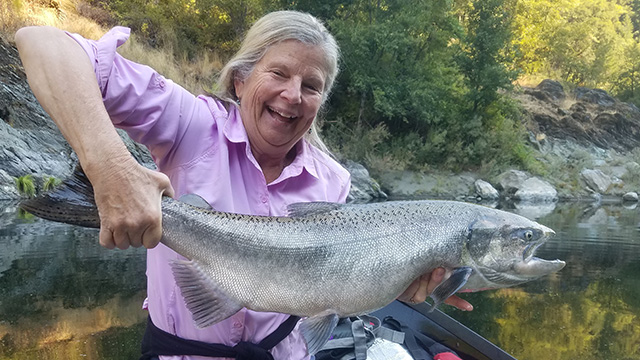 During the peak Chetco fishing season, December through March, multiple fish days are common. Steelhead average 6 to 12 pounds on the Chetco, but fish to 20 pounds are caught every year. The Chetco River record steelhead is 28 pounds, bigger than the Smith River in California state record.

One of the best sections for Chetco fishing during steelhead season is from the confluence of the South Fork to Loeb Park. Most of the stretch is located within the Rogue Siskiyou National Forest, and only a limited number of guides have the Forest Service permits to fish the upper river. Pro guide Mario Gomez is one of those guides with an Upper Chetco special use permit, allowing him to take his clients to productive, lightly fished sections of the Chetco River.

The Chetco River is known as one of Oregon’s best salmon and steelhead streams, but most people who visit the Chetco River only get to experience the lower 10 miles. Above the second bridge, also known as Ice Box, is the beginning of the Wild and Scenic section. The wild and scenic section of the Chetco River has lots of steelhead riffles, and deep salmon holes. The Upper Chetco sees a lot less boats and fishing pressure than the lower river. That’s because of its Wild and Scenic designation which limits the number of guides that can take customers there. The upper river often fishes when the lower river below Ice Box is blown out after a heavy rain.

The Upper Chetco was designated wild and scenic by Congress in 1988. The area is protected from development and boat traffic is limited. With an Upper Chetco permit, Ironhead Guide Service customers get to experience great salmon and steelhead fishing without the crowds. With fewer boats targeting the fish on the Upper River, catch rates can be really good sometimes. Fish also tend to hold up in the upper river, compared to the lower river so the fish densities are better in the Upper Chetco.