Klamath River Fishing season is something anglers wait for all year because the action you experience is crazy. There are more fish per mile in the Klamath River than any other river IGS fishes. 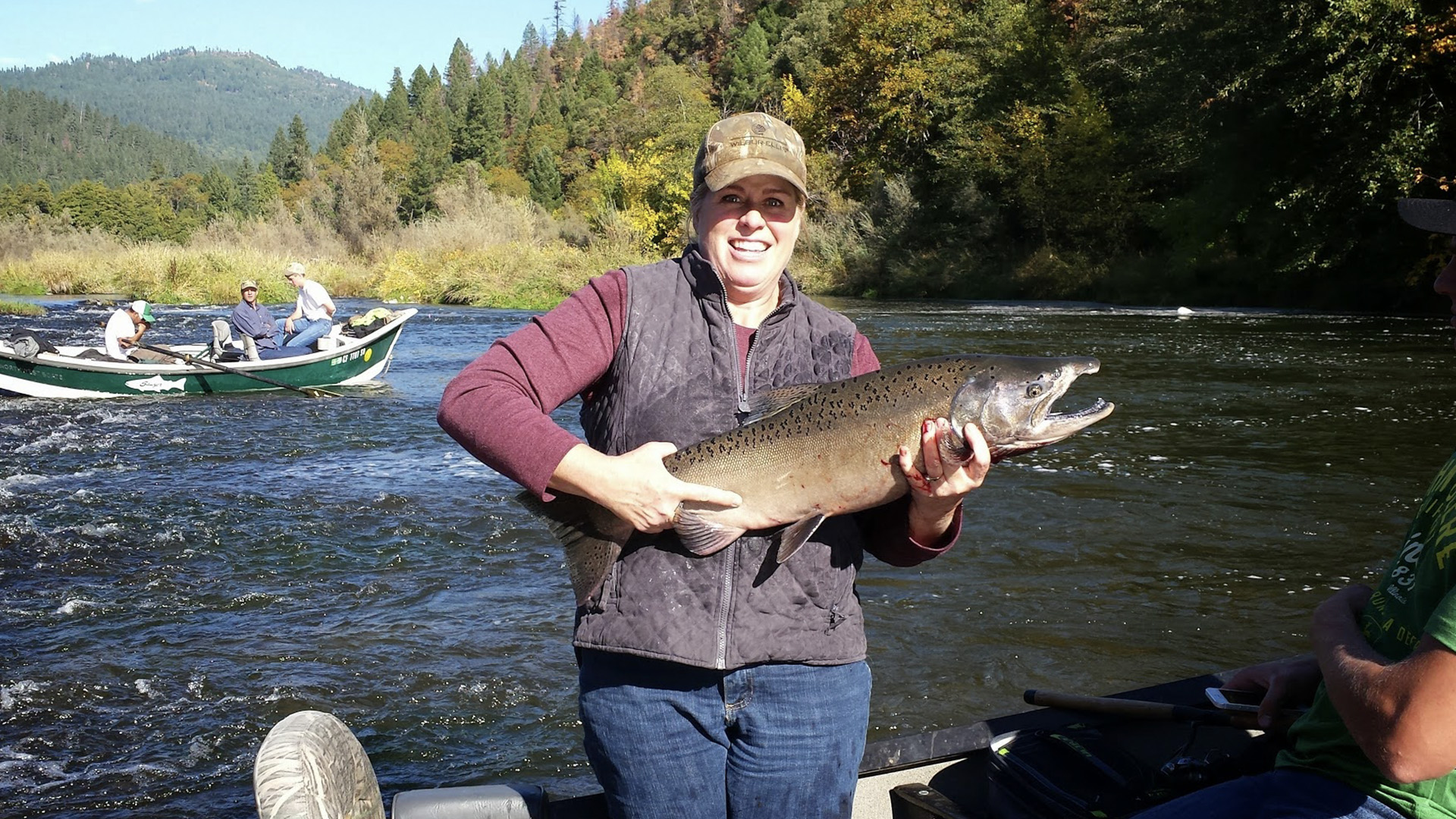 No other river in California or Oregon offer fish after fish action like the Klamath River, and no other guide in California or Oregon spends more days fishing the Klamath River than pro guide Mario Gomez from Ironhead Guide Service. Klamath River Fishing will test your skills when a feisty fish attacks the business end of your line. They will use any method at their disposal to give you the fight of a lifetime including long, fast runs, high aerial displays, and plenty of brute strength.

Mario fishes out of luxurious Willie drift boats, and can fish two to three people with complete comfort. Larger groups can be accommodated with advance notice, Ironhead Guide Service has hand selected some of the top rated and producing guides in California and Oregon to assist with the increasing clientele. A typical trip begins around daylight, and consist of 6 to 8 hours of fishing. 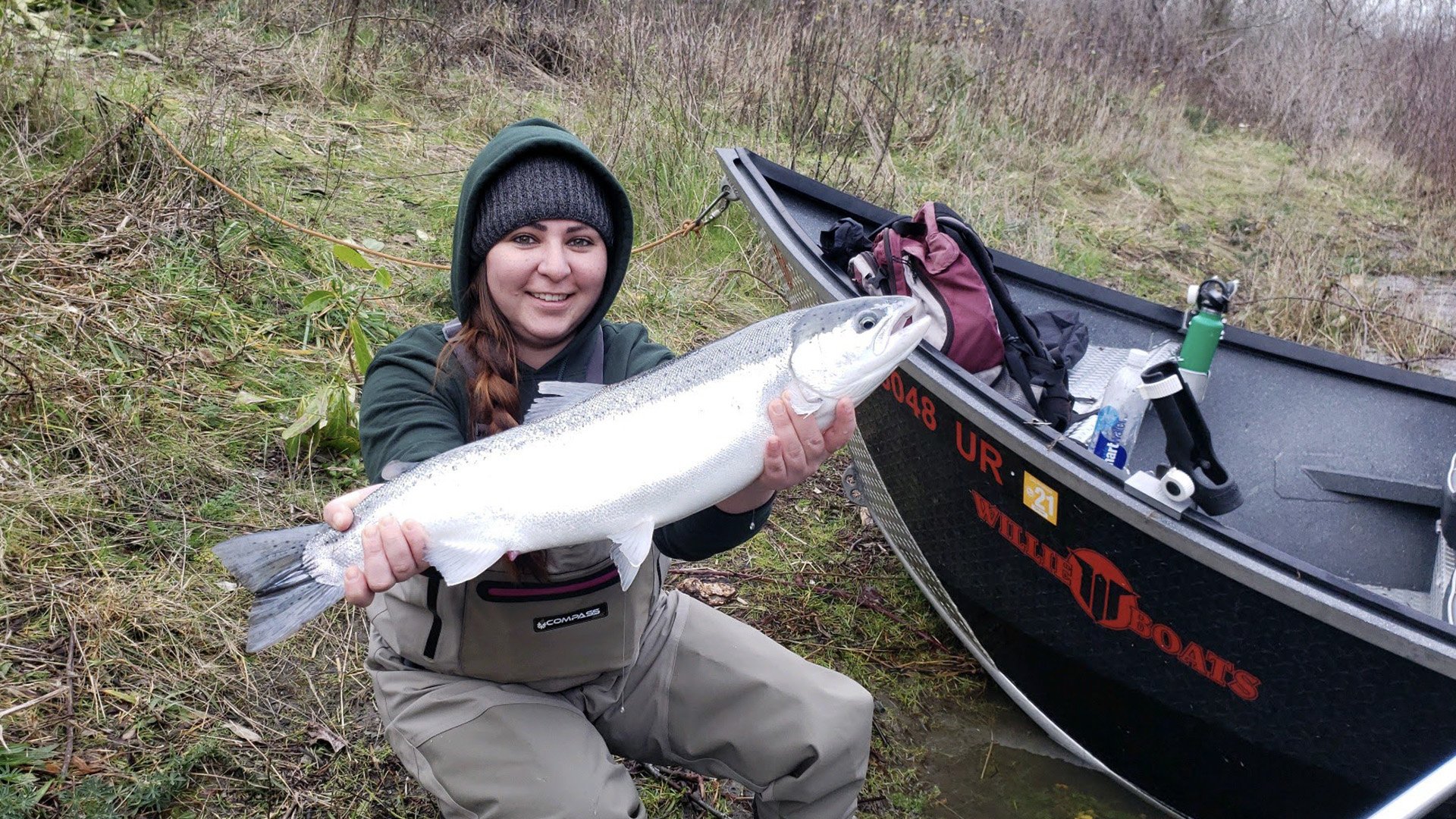 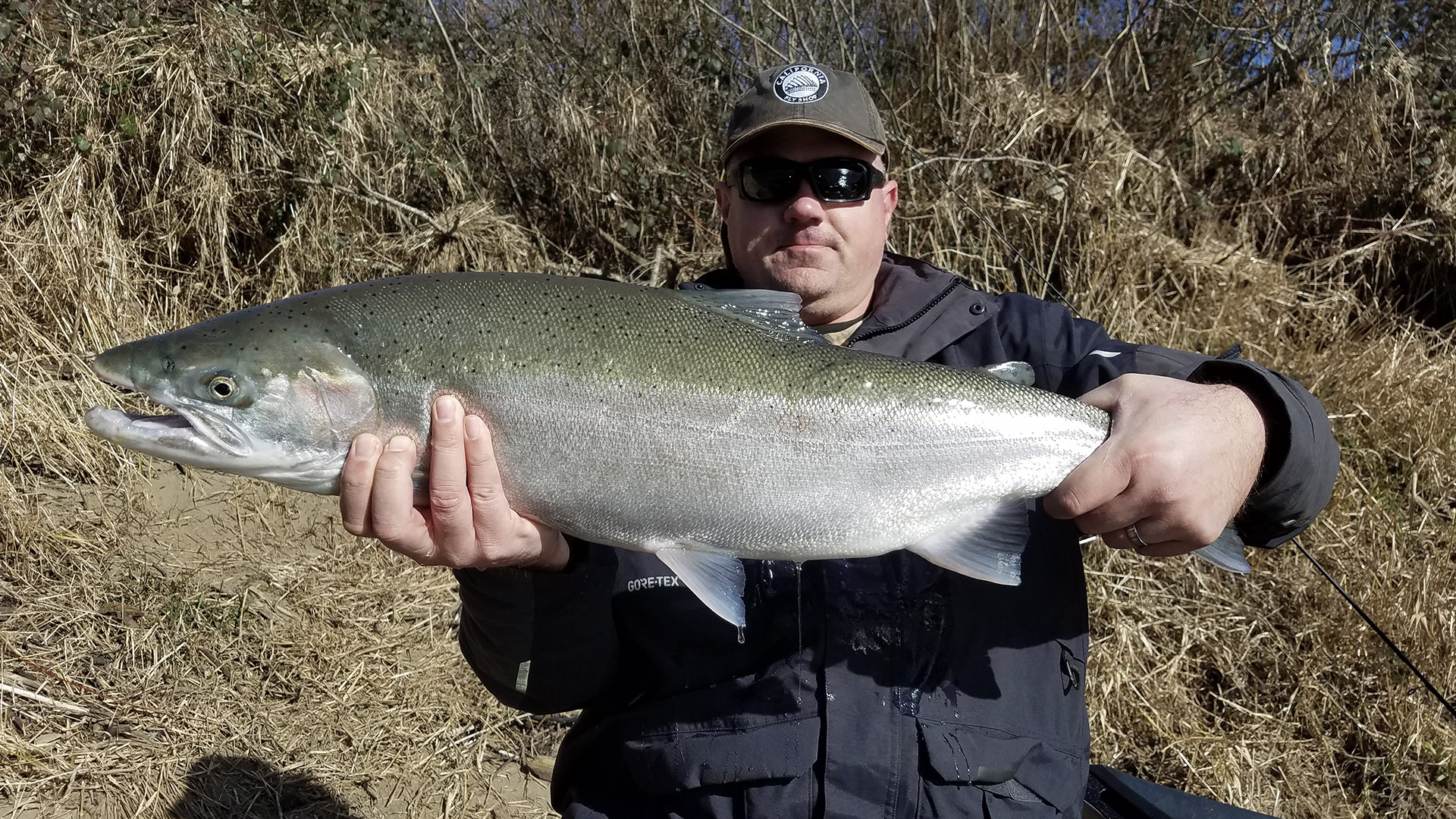 The Klamath River fishing for steelhead stands tall. From early fall through spring, steelhead numbers continue to impress anglers on the wild and scenic Klamath River, which harbors a thriving population of wild steelhead. The Klamath River has strong runs of steelhead and salmon, but is most famous for the run of half-pounder steelhead. While recent headlines highlight the struggles with water issues, dam removal, and politics, the fish certainly don’t know it. The Klamath River is a beautiful and productive steelhead river in a remote and rugged setting and Ironhead Guide Service knows the Klamath better than any other outfitter so Mario will make your angling experience a huge success.

Half-pounder and adult steelhead start showing up in the middle river in September and October. The famous “half-pounder” run peaks in October and double digit days can be had. The adults are also showing then and continue their migration well through March. The Klamath River steelhead fishing is in full swing come November and will produce quality fishing through the winter months. Top Rated Guide Mario Gomez on average, provides anglers a few handfuls of half-pounders and a couple of adults steelhead in a day of fishing.

Fortunately, anglers don’t come to too the mighty Klamath River thinking they’ll land a trophy steelhead. Steelhead to 10 pounds are caught annually; however, you are more apt to catch 3 to 6 pound fish. Anything heavier than 7 pounds is a very good Klamath River steelhead.

The difference between the Klamath River and some of the other popular steelhead rivers is that there’s more fish and less people. The Smith River, Chetco River, and the Umpqua River’s have bigger fish, but also have a lot more guides and fisherman betting up the water. You are likely to see more wildlife than other anglers on the Klamath River at least on the middle Klamath River from Weitchpec to the town of Yreka. Happy Camp, CA is the base of operations for Ironhead Guide Service, and for anglers fishing the middle section of the Klamath River. This is one of the river’s most productive sections of water and tends to be kind to anglers.

Klamath River fishing for steelhead runs from the fall through March, and the action in and around Happy Camp never skips a beat. On the other hand, you’ll need to come prepared. This remote section of the Klamath River within the Klamath National Forest might not get overrun by anglers, but the weather makes its presence known from December through February.