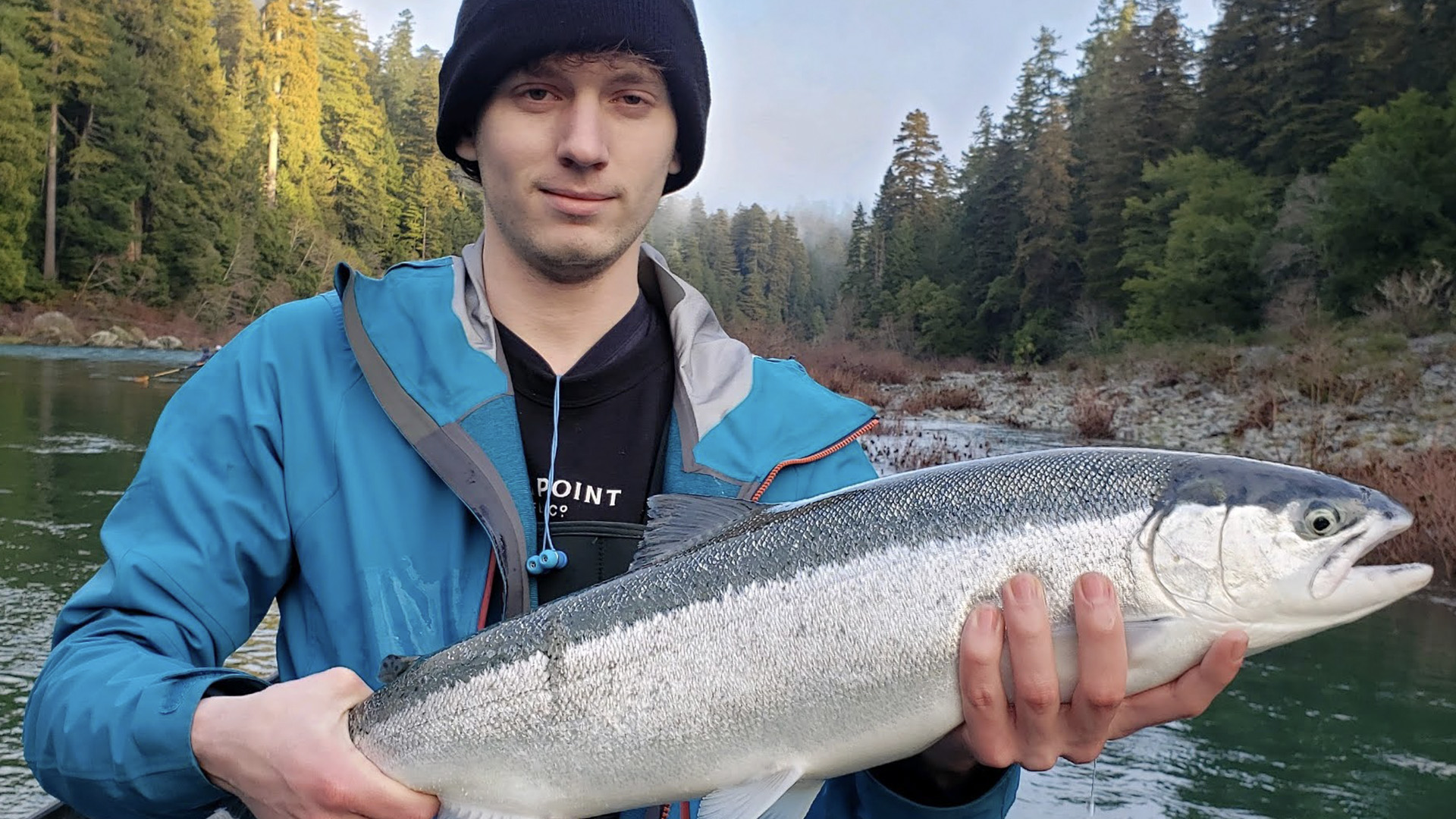 The Klamath River (Ishkeesh) Karuk language is the second largest river in California after the Sacramento River. It drains an extensive watershed of almost 16,000 square miles that stretches from the arid country of south-central Oregon to the temperate rainforest of the Pacific coast. Unlike most rivers, the Klamath begins in the plains and flows toward the mountains – carving its way through the rugged Cascade Range and Klamath Mountains before reaching the sea. The watershed is known for this peculiar geography, and the Klamath has been called “a river upside down” by National Geographic magazine. The Klamath River is the most important coastal river system south of the Columbia River for anadromous fish migration. Its salmon, steelhead and rainbow trout have adapted to unusually high water temperatures and acidity levels relative to other rivers in the Pacific Northwest. The numerous fish were a major source of food for Native Americans, who have inhabited the Klamath River basin for at least 7,000 years.

The Klamath River, which begins east of the Cascade Mountains in Eastern Oregon and flows more than 260 miles to the Pacific Ocean is one of the most fertile, and productive Salmon, and Steelhead Rivers in the Pacific Northwest. No other river in California or Oregon offer fish after fish action like the Klamath River, and no other guide in California or Oregon spend more days fishing the Klamath River than Mario Gomez from Ironhead Guide Service. When the fish arrive in late September and early October, multiple fish days are common. In fact, while fishing the Klamath River there are days every season that anglers catch between 10 and 20 fish a day. During the fall salmon and winter steelhead seasons professional Klamath River fishing guide Mario Gomez will be leading daily Klamath fishing adventures.

The Klamath River around Happy Camp is a perfect spot for anglers wanting to get away from the crowds, yet still endure great fishing. The serenity of not having a bunch of people around is hard to beat, Mario tells folks “we probably won’t see any other boats, unless they are fishing with our group or are one of the other guides I employee”.

Most people or groups stay in Happy Camp CA, because it’s in the center of some of the best salmon and steelhead fishing on the Klamath River. The Klamath fishing adventures offered by Ironhead Guide Service is a very popular trip, books fast, and is a favorite for large parties and family outings.