Mario Gomez of Ironhead Guide Service has been fishing the Rogue River for 10 years. Pro guide Mario Gomez primarily targets spring chinook and winter steelhead in the Upper Rogue. The upper reaches of the Rogue is filled with classic steelhead and salmon water. The Rogue River holds the world record for a salmon caught on a fly, a monster 70 plus pound Chinook. 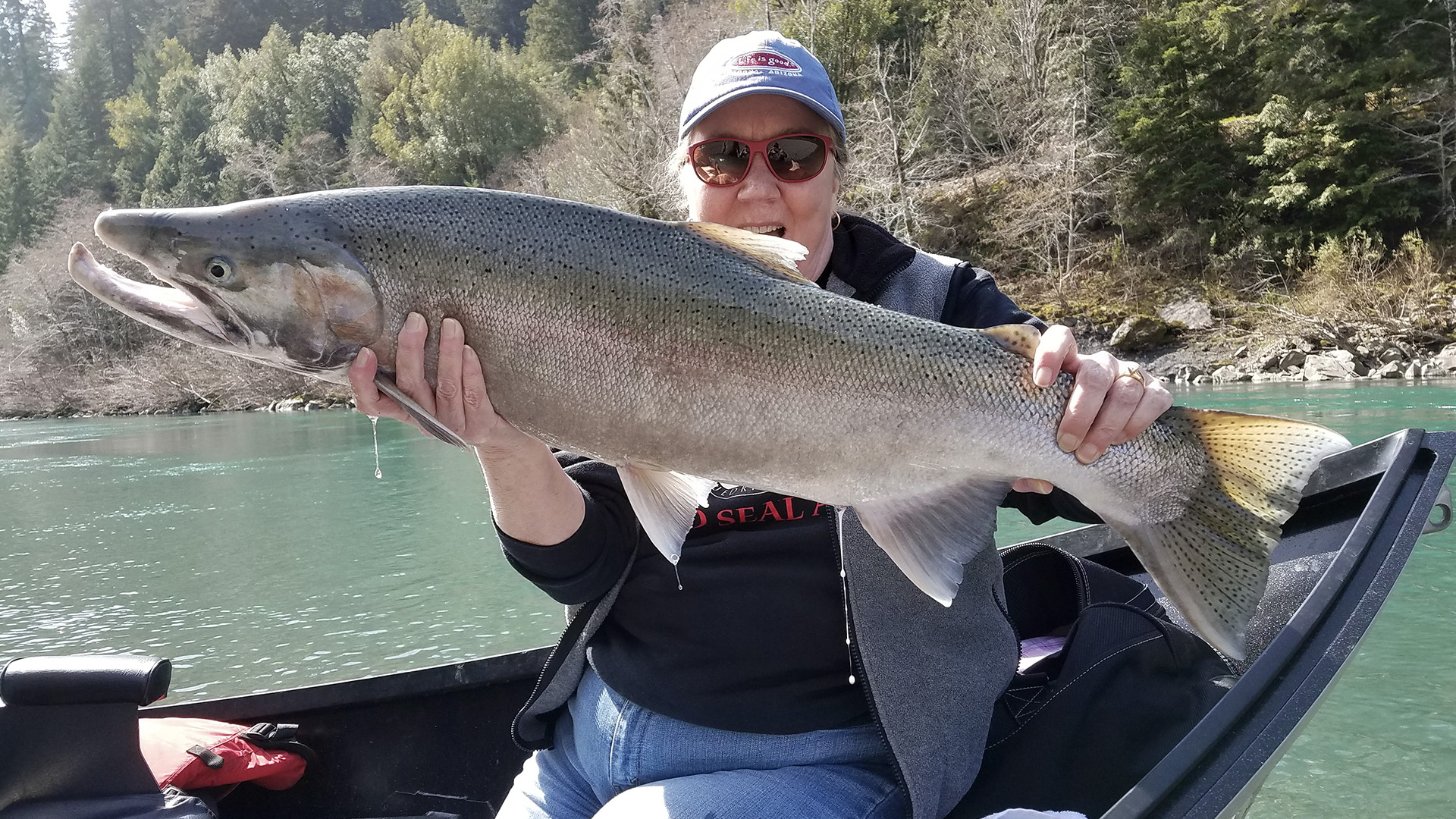 The Rogue River in southwestern Oregon flows about 215 miles in a generally westward direction from the Cascade Range to the Pacific Ocean. Known for its Salmon and Steelhead runs, whitewater rafting, and rugged scenery, it was one of the original eight rivers named in the Wild and Scenic River Act of 1968. The historic Rogue River was popularized by Zane Grey, Ernest Hemingway, Clark Gable and Teddy Roosevelt when they made note of its good Rogue River fishing and abundant wildlife. 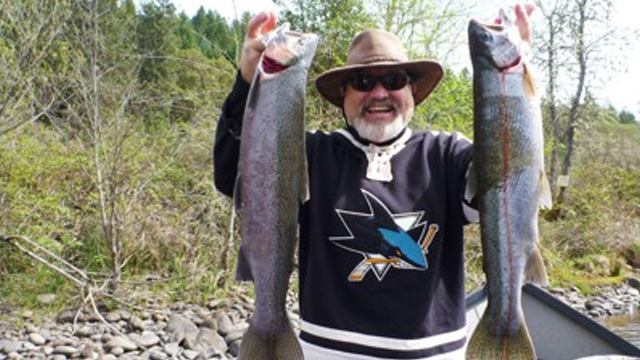 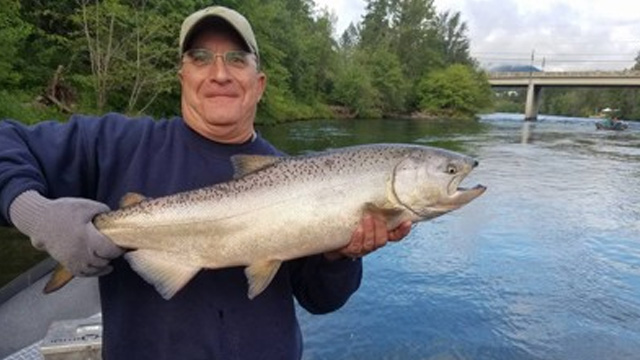 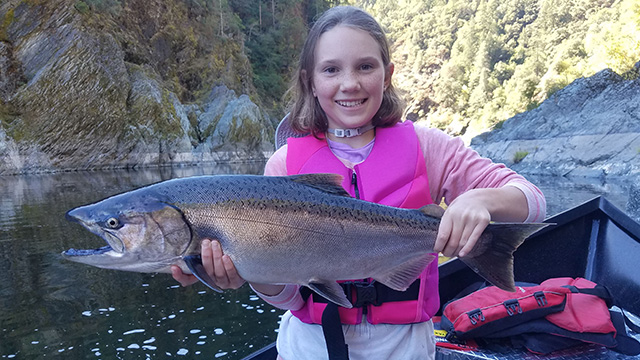 Spring Chinook (springers) enter the Rogue River in March and run through June. These are the hardest fighting and best tasting salmon in the River. Fishing is best on the upper section of the river below Lost Creek Dam. These fish are in a hurry to get to the upper river near Shady Cove where the water is cool in the summer. They are a great fighting fish and people come from all over the place to try and catch them. Spring Chinook are the most prized fish on the West Coast due to their amazing table fare. Most anglers who enjoy fish consider Spring Chinook to be the best eating fish that you can find in a river, and two per day may be kept. Springers average 18 to 22 pounds, with fish in the 30 to 40 pound range caught each year. Typically they bite best early in the morning, so Ironhead Guide Service starts fishing early for this adventure. Salmon eggs and sand shrimp are the most productive bait early in the season, and later in the year a kwik fish lure with a sardine wrap can produce fish.

From August through October, these big fish may be harvested from Gold Beach to Gold Hill, OR. The Rogue River salmon are very willing to bite and success is usually achievable. September and October is when pro guide Mario Gomez targets the Rogue River fall salmon run, this is the peak of the season and this is when the biggest kings of the year are caught. The fall Chinook run on the Rogue is usually between 30,000 and 50,000 fish. The Rogue River fall salmon average about 25 pounds, with 30 to 40 pounders caught each year. Along with big Chinook salmon, the Rogue River also receives a healthy run of Coho salmon.

Ironhead Guide Service does most of the angling between Shady Cove and Graves Creek. In that area, in years with decent runs, anglers will bring home 1,000 to 2,000 winter steelhead according to ODFW reports. Grants Pass is considered the Middle section of the Rogue River. Grants Pass can be very productive in February and March, with fish averaging 6 to 8 pounds. In the Grants Pass area, the steelhead first arrive in late December and fishing peaks in February and March. In this area, limited harvest of wild fish has been allowed, but consult current regulations for details. Public access in the middle section is easy to find with more than 20 parks and recreation areas. There are plenty of boat launches as well. The upper Rogue River Fishing above Shady Cove is best from the middle of March through the month of April. Cole Rivers Hatchery is located upriver from Shady Cove and produces lots of hatchery steelhead. This gives Rogue River fishing guide Mario Gomez’s customers a good chance to take home a beautiful steelhead.